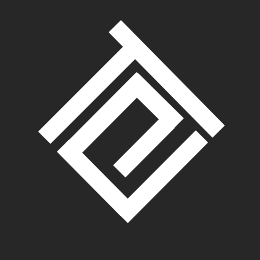 I recently relaunched my portfolio! My site is currently runs on Amazon EC2 which is a service that Amazon provides that allows users to rent virtual computers to run their own applications. The backend of my application runs on express, a web application framework for node. My client side code is written using Guac, a framework I wrote modeled after jQuery after studying its source code. This framework is still under active development.

In this post I will talk about my NodeJS production environment on Amazon EC2.

Usually when building scalable web architecture, you will have multiple instances of your application behind load balancers. Below the web server/application layer is the persistence layer that runs a database management system. Finally, since roughly 80-90% of the end-user response time is spent downloading static components in the page (Performance Golden Rule.), a Content Delivery Network is used to distribute static content. A CDN manages servers in multiple geographically distributed locations, stores copies of the videos (and other types of Web content, including documents, images, and audio) in its servers, and attempts to direct each user request to a CDN location that will provide the best user experience.

Amazon’s getting started with AWS highlights a sample web application designed in the manner described above. From their website:

In this diagram, Amazon EC2 instances run the application and web server and belong to an Amazon EC2 Security Group.
The Amazon EC2 Security Group acts as an exterior firewall for the Amazon EC2 instances.
An Auto Scaling group is used to maintain a fleet of Amazon EC2 instances that can handle the presented load.
This Auto Scaling group spans over multiple Availability Zones to protect against potential failures if an Availabilty Zone becomes unavailable.
To ensure that traffic is distributed evenly among the Amazon EC2 instances, an Elastic Load Balancer is associated with the Auto Scaling group.
If the Auto Scaling group launches or terminates instances based on load, then the Elastic Load Balancer will automatically adjust accordingly.
The database tier consists of Amazon RDS database instances, including master and local slave, located in multiple Availability Zones for failover protection.
Amazon RDS provides automated backups to Amazon S3. Amazon S3 stores backups and static content.
Since the consumers of this application may be globally distributed or a large number may visit the site at one time, high volume static content is edge cached using Amazon CloudFront for better performance.
Amazon Route 53 can be used to provide secure and reliable routing to your infrastructure that uses Amazon Web Services.

If you haven’t already create an Amazon Web Services account. Please note that there is a free usage tier for the first 12 months after you sign up for AWS.

Setting up an Amazon EC2 instance 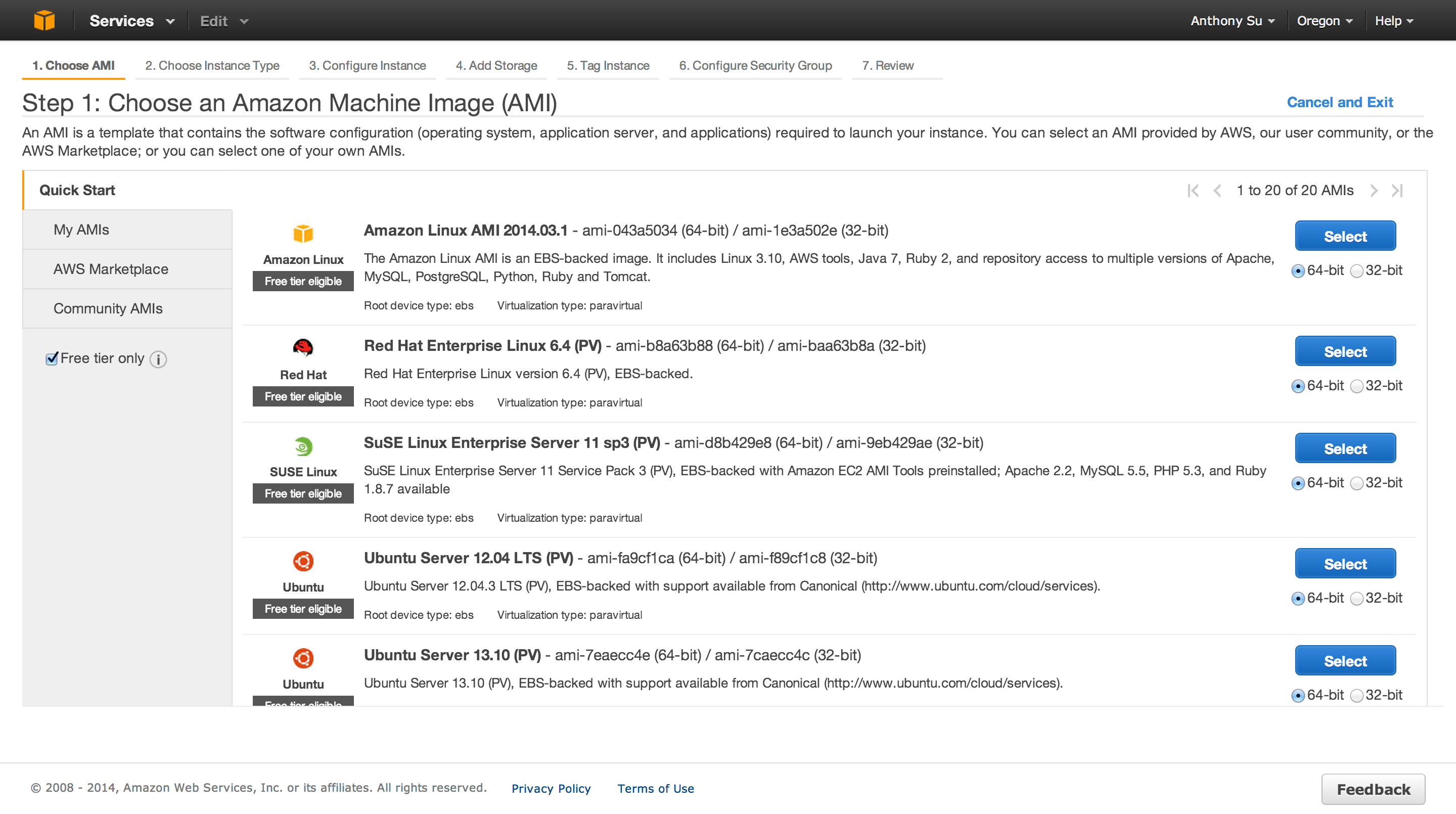 After setting up your AWS account, you will need to choose the type of AMI you want to run.

An AMI (Amazon Machine Image) is a template that contains the software configuration (operating system, application server, and applications) required to launch your instance. You can select an AMI provided by AWS, our user community, or the AWS Marketplace; or you can select one of your own AMIs.

Difference Between Desktop and Server Images

The server image is a stripped down version of the desktop image with additional server software such as Apache 2. Ths additional software allows other computers/machines to communicate with your server. The server also does not contain a GUI(graphical user interface) for security and performance reasons.

More from the ubuntu documentation.

1. The first difference is in the CD contents. The “Server” CD avoids including what Ubuntu considers desktop packages (packages like X, Gnome or KDE), but does include server related packages (Apache2, Bind9 and so on). Using a Desktop CD with a minimal installation and installing, for example, apache2 from the network, one can obtain the exact same result that can be obtained by inserting the Server CD and installing apache2 from the CD-ROM.

3. Before 12.04, Ubuntu server installs a server-optimized kernel by default. Since 12.04, there is no difference in kernel between Ubuntu Desktop and Ubuntu Server since linux-image-server is merged into linux-image-generic.

4. For Ubuntu LTS releases before 12.04, the Ubuntu Desktop Edition only receives 3 years of support. This was increased to 5 years in Ubuntu LTS 12.04 In contrast, all Ubuntu LTS Server Edition releases are supported for 5 years.

After selecting your AMI, choose an instance type.

Instance types have varying CPU, memory, storage, and networking capacity which gives you the flexibility to choose the appropriate mix of resources for your applications Since I’m running low traffic website, I used the t1.micro instance which is part of the free eligibility tier. 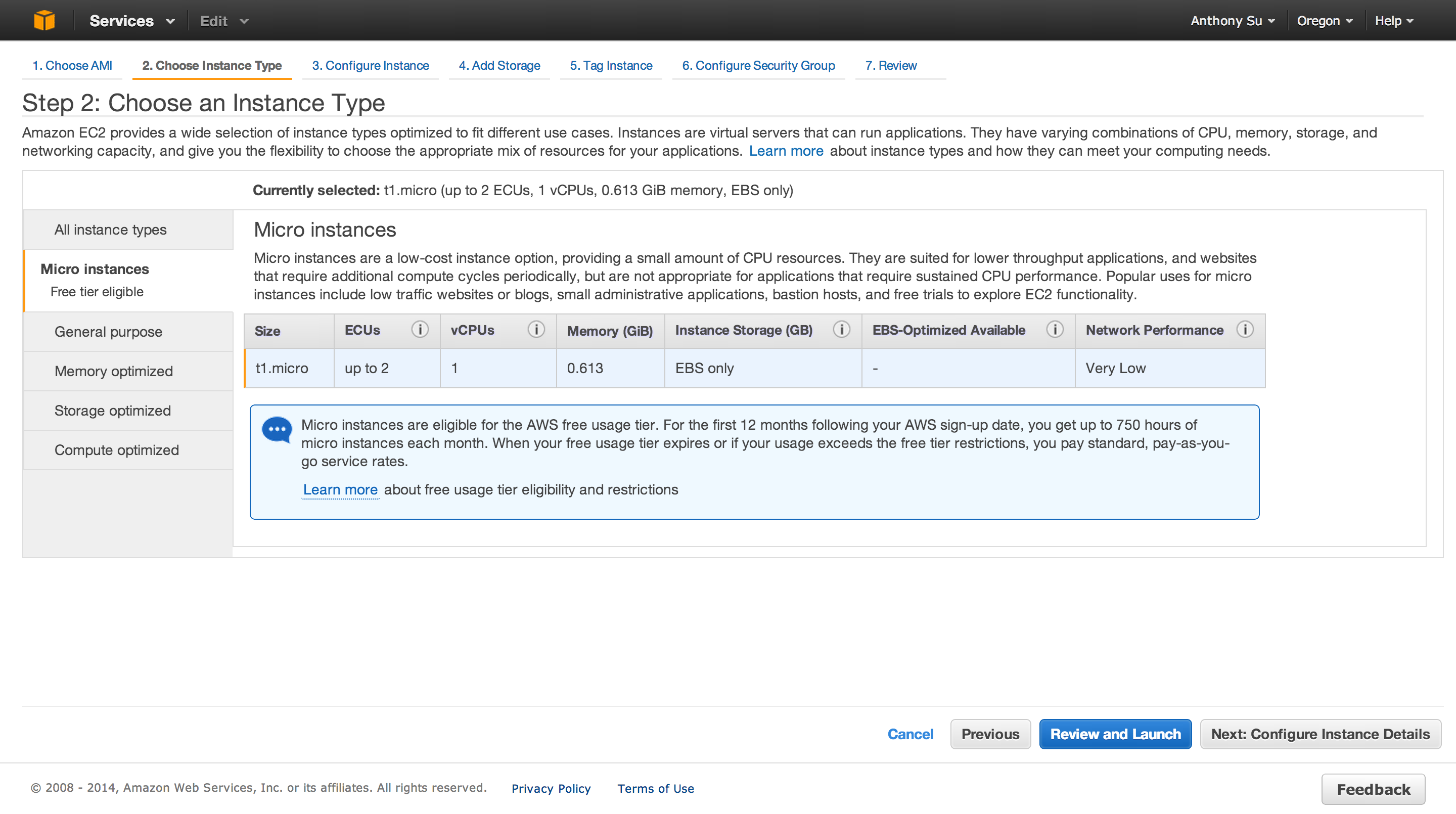 For steps 3 and 4 in the dashboard, I used the default instance and storage configurations. I also skipped step 5 for tagging instances, because I am currently running on instance.

A security group defines firewall rules for your instances. These rules specify which incoming network traffic should be delivered to your instance (e.g., accept web traffic on port 80). All other traffic is ignored. You can modify rules for a group at any time. The new rules are automatically enforced for all running instances. For more information about security groups, go to Using Security Groups in the Amazon Elastic Compute Cloud (Amazon EC2). 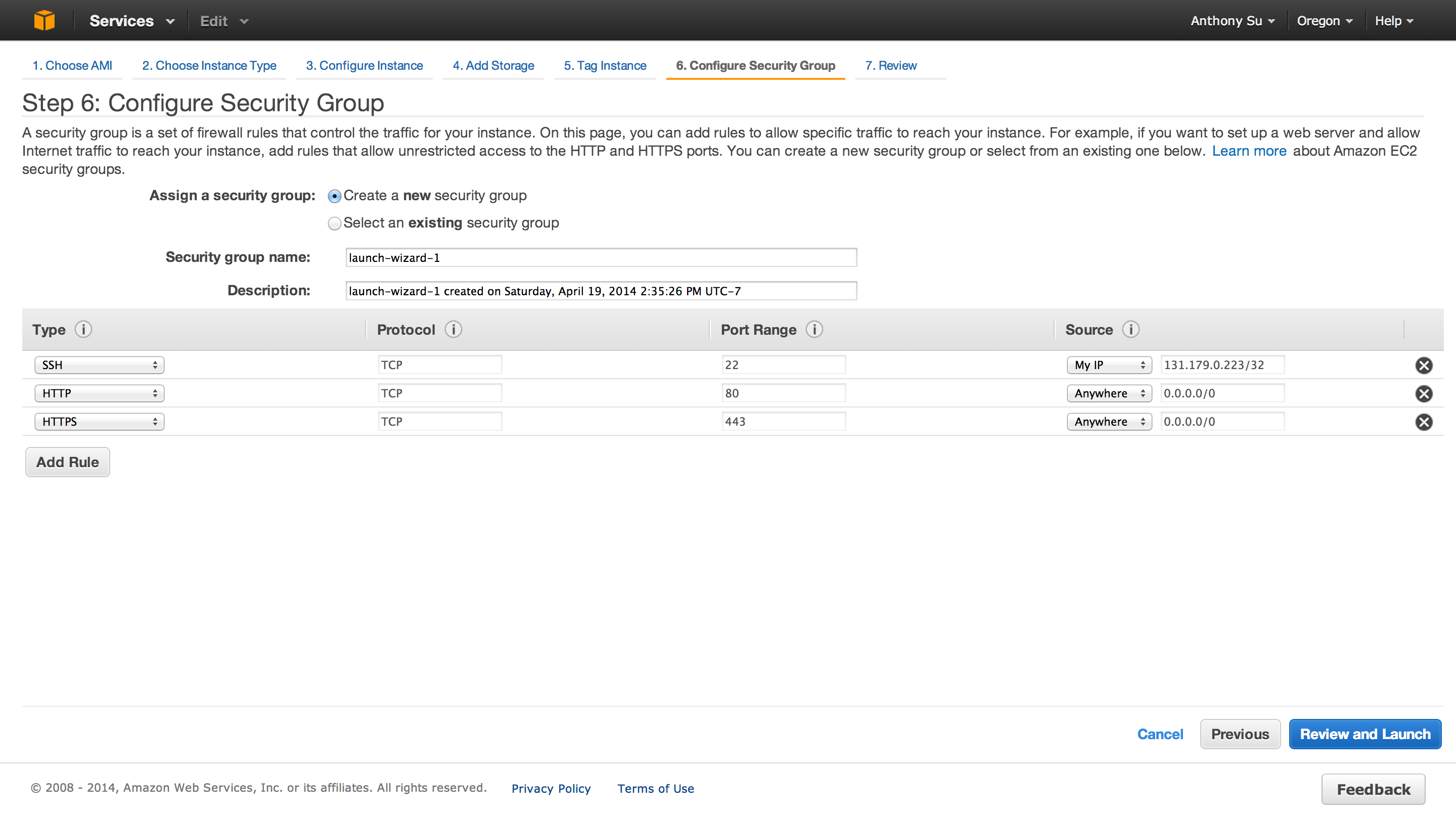 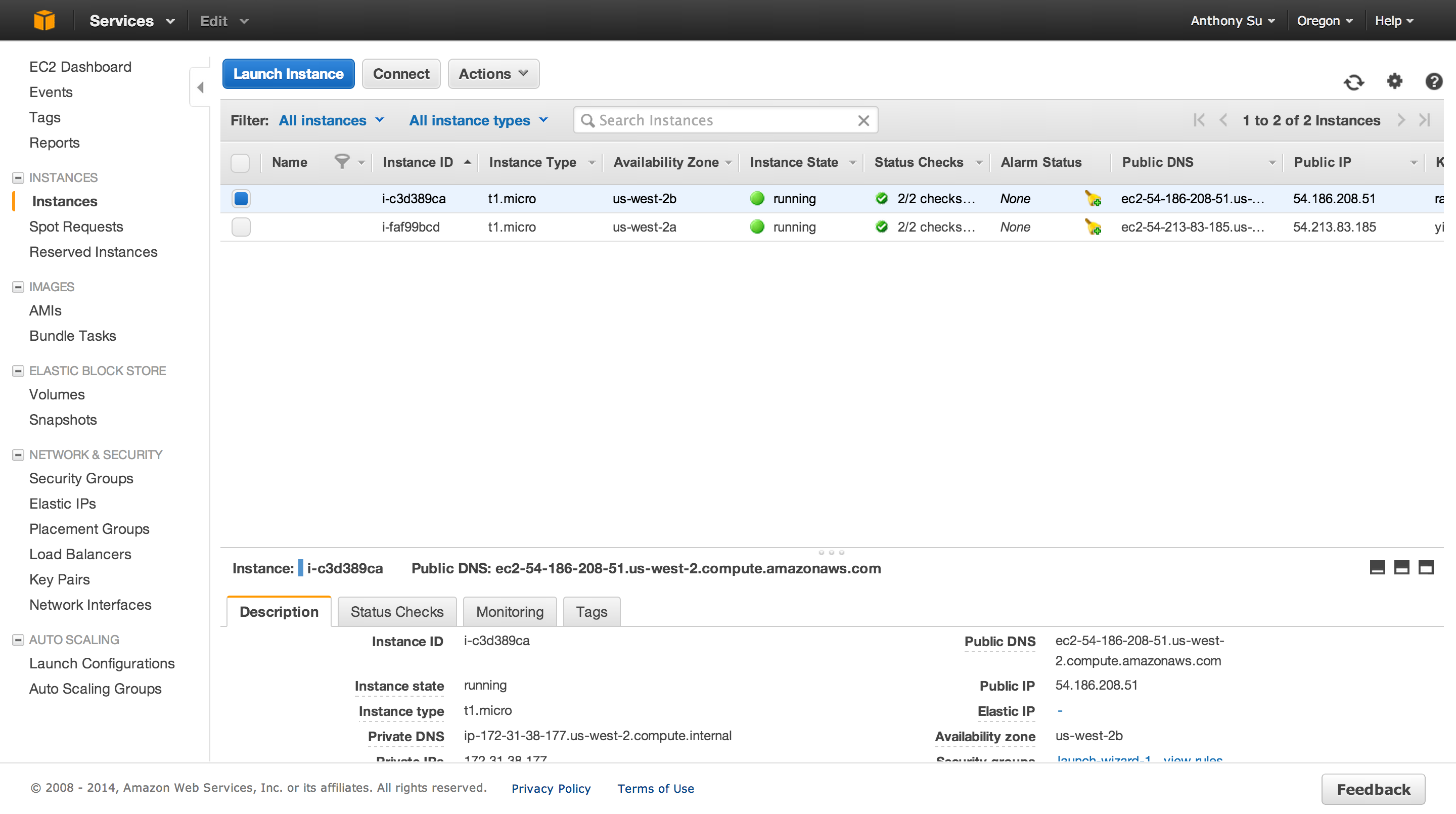 Logging into Your EC2 Instance

You must use key-based authentication to login to your Amazon EC2 Instance. This allows you to securely access your instance without a password.

You can also import your own key pairs to your Amazon instance. For more refer to EC2 Key Pair Documentation

On a Linux/Unix instance, the public key content is placed in an entry within ~/.ssh/authorized_keys. After you have created/downloaded your private key pair you can ssh into your server using that private key ssh -i ~/.ssh/your_private_key remote_user@remote_host

I added my EC2 instance to my user ssh configuration file in my local development environment located at ~/.ssh/config.

Now I can simply ssh into my EC2 instance with the command ssh awshost.

You can also add a bash alias ~/.bash_aliases for issuing this command. For example:

Before proceeding make sure you that the security group for your instance has been configured to accept HTTP traffic on port 80.

Running with superuser privileges (in order to bind the port) may be a security risk to the host, therefore port forwarding is used to redirect a low-numbered port to another high-numbered port, so that application software may execute as a common operating system user with reduced privileges. Standard practices say no non-root process gets to talk to the Internet on a port less than 1024.

Use case for port forwarding

Express (the web application framework for node) is capable of performing everything that is expected of a modern web server, such as logging requests, HTTPS, serving files and so on.

However, if you are building a large scalable, application you should put a reverse proxy in front of the application server. More regarding reverse proxies will be discussed below.

The /etc/sysctl.conf file allows you to configure various Linux networking and system settings.

No settings where enabled for my EC2 Instance by default. Running cat /proc/sys/net/ipv4/ip_forward will print 1 if forwarding is enabled.

Now we want to edit /etc/syctl.conf to enabled port forwarding.

In this file, uncomment this line:

This will enable ip forwarding. Then, to enable the changes made in sysctl.conf:

cat /proc/sys/net/ipv4/ip_forward This should print 1.

How to port forward

Kent Brewster at Pinterest wrote a useful gist for getting node to talk to port 80. Here are the steps I went through.

A reverse proxy manages inbound request from the internet and manages connections within your servers, where as forward proxies filters outbound connections from clients.

A typical usage of a forward proxy is to provide Internet access to internal clients that are otherwise restricted by a firewall.

As standard practice in the industry, you should put reverse proxies in front of the application server to load balance and scale the app.

A reverse proxy (or gateway), by contrast, appears to the client just like an ordinary web server. No special configuration on the client is necessary. The client makes ordinary requests for content in the name-space of the reverse proxy. The reverse proxy then decides where to send those requests, and returns the content as if it was itself the origin.

According to this article written by Citrix, reverse proxies are also particularly good for application delivery including: 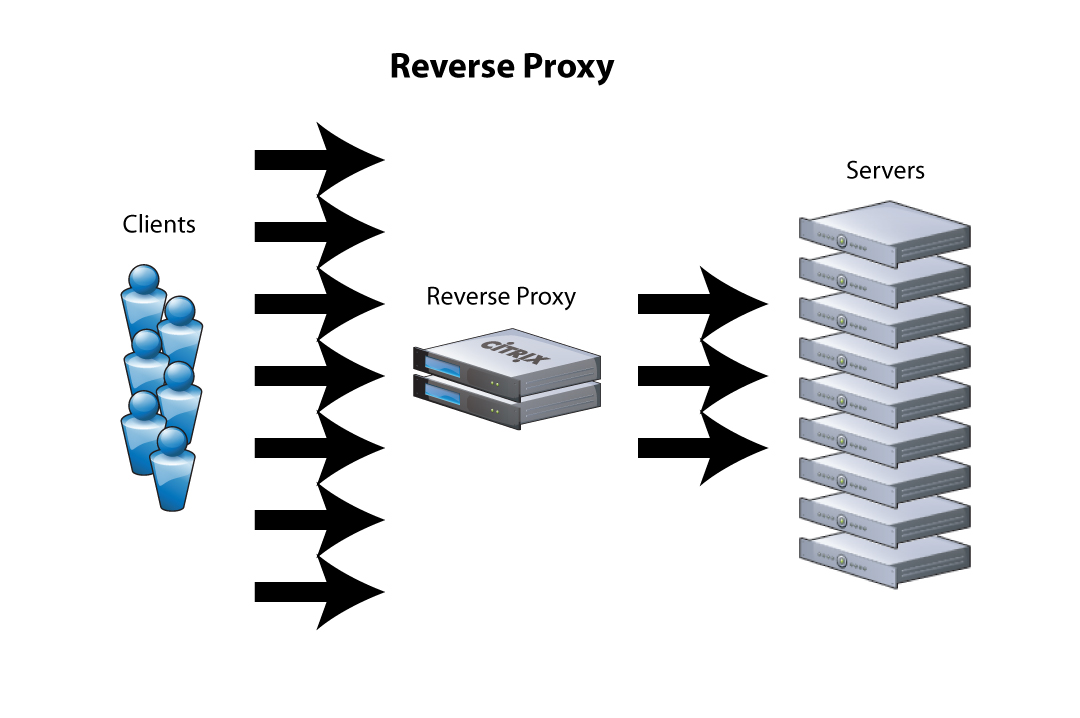 I currently have not set up a reverse proxy, but am looking into setting one up in the next iteration.

Setting Up Git for Deployment

If you need a refresher on Git I would recommend talking a look at Atlassian’s Git Tutorials and the Git book.

My code deployment is adapted from Getting Git on a Server from the the Git book and http://toroid.org//ams/git-website-howto.

The gists of my setup is to create a create a bare repository for shared users to check in their code and a separate working directory( a single checkout of one version of the project ) that is populated with code from the bare repository via a post-recieve hook.

For more information regarding installing node via package manager refer to documentation here.

Linkedin wrote a great article for performance tips for NodeJS.

--save saves meta data regarding your dependencies (name and version number) into a dependency management file called package.json. Using the flag --save-dev saves the dependencies as development dependencies. The package.json file is really convenient because you don’t need to save your

A middleware is a JavaScript function to handle HTTP requests to an Express app. It can manipulate the request and the response objects or perform an isolated action, or terminate the request flow by sending a response to the client, or pass on the control to the next middleware (from Express Web Application Development ).

I am currently using Express 4 which is quite bare bones in comparison to Express 3 because it no longer comes with bundled middleware.

Some useful packages include compression and body-parser.

As previously mentioned, Node can also serve as a web server. For example, Node serves static content. compress is used to gzip static content before it is returned to the user:

To decouple the output representation, I used Jade, a templating language to handle the view.

npm --save express to install express.

I learned a lot from developing version 2 of radiaglo.com, and for next iteration look to experimenting more with other services provided by AWS such as S3 as well as configuring servers (nginx in particular).